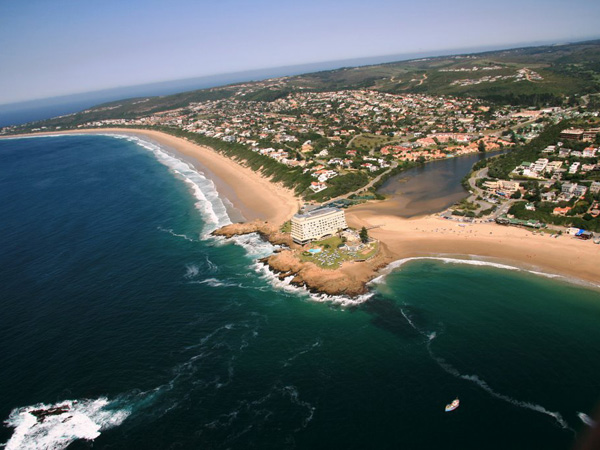 Plettenberg Bay offers iconic South African memories. The area of Plettenberg Bay has a vast range of accommodation including boutique hotels, luxury guest houses and lodges, bed and breakfasts, unique backpackers or family style self-catering accommodation to suit all tastes and budgets. Indulge your sense of adventure with a trip to one of Plett's extreme activities or wildlife experiences. Sip handcrafted wines at tucked-away tasting rooms where the winemaker might just be the person pouring, or explore the shops and beautiful beaches of Plettenberg Bay. Take a sailing lesson and catch a glimpse of a barefoot beach wedding as you glide to shore. Play 18 holes at one of our superb golf courses of which one is nestled in a private nature reserve and the other is set above our beautiful lagoon, or just hang out at the 19th hole to enjoy local wildlife. Plettenberg Bay has a unique experience for everyone

Plettenberg Bay, nicknamed Plet or Plett is the primary town of the Bitou Local Municipality in the Western Cape Province of South Africa. It was originally named Bahia Formosa ("beautiful bay") by early Portuguese explorers and lies on South Africa's Garden Route 210 km from Port Elizabeth and about 600 km from Cape Town. 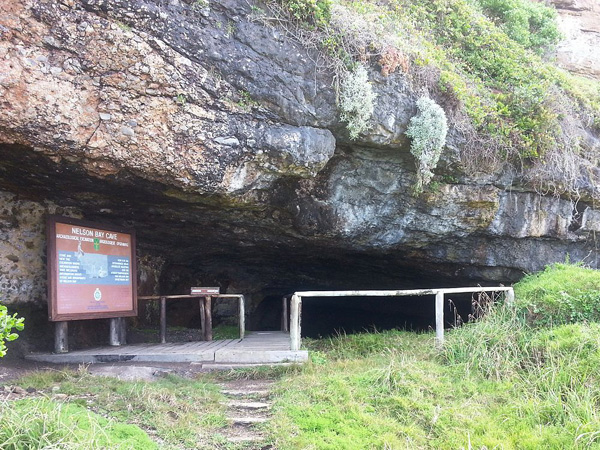 Nelson Bay Cave and Matjies River Cave at nearby Keurboomstrand were inhabited for over 100,000 years by Middle Stone Age man and then later by ancestors of the Khoisan, who were possibly the same people who traded with the Portuguese survivors of the San Gonzales shipwreck. Their tools, ornaments and food debris can be viewed in these caves, which are still being excavated. 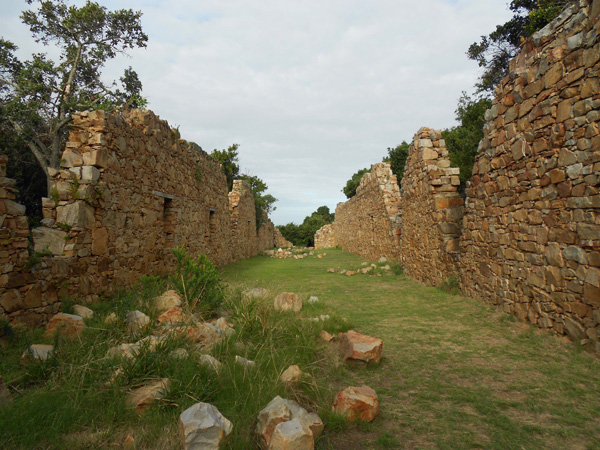 Long before Jan van Riebeeck landed at the Cape, Portuguese explorers charted the bay in the 15th and 16th centuries, the first being Bartholomew Dias in 1487. Ninety years later Manuel da Perestrello aptly called it Bahia Formosa or the Beautiful Bay. The first European inhabitants were 100 Portuguese sailors marooned here for 9 months when the San Gonzales sank in the bay in 1630. The survivors built two small boats which they used to link with a passing vessel. A stone that they left behind on Beacon Island, known as the Van Plettenberg Stone, is now in the Cape Town museum. In 1763, the first European settlers in the Bay were stock farmers, hunters and frontiersmen from the Western Cape.

A stinkwood navigational beacon was first erected on Beacon Island in 1771. The original was a square block of stinkwood, inscribed with the latitude and longitude of Plettenberg Bay and erected to enable mariners to check their location. It was replaced by a stone one by Captain Sewell in 1881.

The bay housed a barracks for the Dutch East India Company in 1776. The Governor of the Cape, Baron Joachim van Plettenberg, renamed the town Plettenberg Bay in 1779. In 1869 the barracks was bought by St Peters Church and used as a rectory for the next 70 years. Today it is privately owned.

In 1787/88 Johann Jerling erected a timber shed commissioned by the Dutch East India Company; the remains can still be seen and are preserved as a provincial heritage site.

In the 1830’s, Plettenberg Bay was a stopping point for ships travelling through during the winter time, heading to India.

As of 1833, the population of Plettenberg Bay was estimated around 400, with half being white, according to diplomat Edmund Roberts who visited the area. Edmund Roberts noted that the bay had a large abundance of cattle and sheep. He also recognized "the excellence of its butter" and a timber industry. 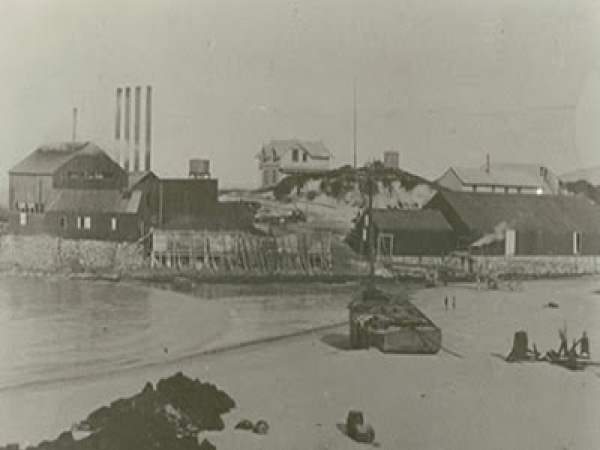 A whaling station on Beacon Island closed down in 1916. Parts of the iron slipway are still visible today. A hotel called The Beacon Isle was built on the site of the whaling station. This was replaced by the iconic Beacon Isle Southern Sun Resort which opened for business in December 1972. This building, designed by André Hoffe, has a layered atrium which pays tribute to the Guggenheim Museum of Frank Lloyd Wright. Between 1960 and 1990 Plettenberg Bay holiday resort expanded dramatically, extending along Robberg Beach ('Millionaire's Row'), and back towards the N2. During the apartheid period property within Plettenberg Bay was designated for whites only, with segregation of the beaches and toilet facilities.

New Horizons, across the N2, was designated as a settlement area for coloured people in 1968. As the 1980s progressed informal settlements of Xhosa migrants grew up around the edges of New Horizons and in the area of KwaNokuthula which became a town.

Although Plettenberg Bay escaped most of the violence associated with the end of apartheid, the assassination of Chris Hani in April 1993 led to a protest march into the town from KwaNokuthula, during which industrial premises on the outskirts of the town were burnt to the ground. Although formal segregation ceased with the repeal of the apartheid laws, the consequences of the previously segregated property ownership remain highly visible to this day. 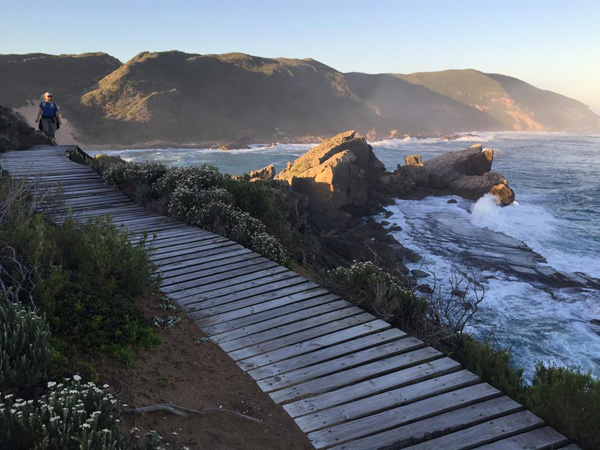 Plettenberg Bay hosts one of the largest seagull breeding colonies along the South African coast at the mouth of the Keurbooms River, named after the indigenous keurboom tree. There are many pelagic birds in the area as well as the endangered African Oystercatcher which live along the shores.

The Robberg Peninsula is home to a large Cape fur seal colony, seals can often be seen in the surf off Robberg Beach. Great White Sharks, attracted by the seal colony, can also be spotted from the high ground of Robberg Peninsula. Southern Right whales are a common sight in the bay during their breeding season from July to December. Bryde's whales frequent the bay throughout the year being the most sighted during the summer months. Humpback whales migrate past during July and December. Killer whales (Orca) and Sei whales are occasionally sighted. Whales can be viewed from various viewpoints in the town as well as from Robberg Peninsula. Plettenberg Bay also boasts 3 species of dolphins which visit the bay throughout the year, these being the Bottlenosed dolphin, the Common dolphin and the endangered Humpback dolphin.

A distinctive flower-shaped sea shell called a pansy shell is endemic to this part of the coast, and is used as the symbol representing the town. Looking for these shells on the beach at low tide is a popular activity amongst visitors and locals alike. Robberg Peninsula is maintained as a nature reserve, allowing visitors to see many of the area's local plants and animals.

In December 1977, the area was impacted by an oil spill from the Venpet-Venoil collision, which occurred 60 km offshore when two supertankers collided.

Plettenberg Bay is typified by an extremely mild maritime temperate climate with very few rainfall or temperature extremes. It is located within the Knysna Afromontane Forest biome, containing temperate gallery forest, supported by the mild temperatures and high, even distributed rainfall. Here follows the records for the closest climate station just to the east in the Tsitsikamma: 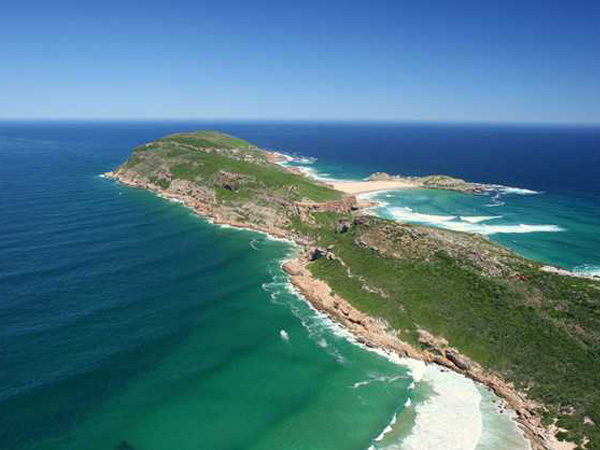 The bay is defined on the southern end by Cape Seal at the terminus of the Robberg (Afrikaans for Seal Mountain) Peninsula, separating the bay from the open Indian Ocean. It is one of the southern cape coast's typical "J-shaped" bays, which is formed by wave action eroding the shales of the Bokkeveld Group between the weather-resistant headlands composed of the Table Mountain Group, both of the Cape Supergroup geological sequence of rocks. To the north, the Tsitsikamma and Langkloof Mountains keeps the moisture on the southern slopes of the mountains and prevent the temperature extremes of the interior reaching the bay.